There’s a saying that goes ‘team-work makes the dream work.’

On Monday afternoon the Grant Park baseball team played its best game as a team and came away with a 9-2 victory over Chicago Hope to capture its first Regional Championship since 2013.

Starting on the mound was left-handed senior Cody Radzik who was dominate giving up just a pair of hits while pitching all seven innings in the win. Radzik was spotted a pair of runs in the first inning as Troy Reynolds walked to reach first to lead-off the game. Reynolds would score on the next at bat as Travis Fick crushed a double to left field making it 1-0.  Fick was thrown out at third trying to stretch the double into a triple. Grant Park junior Wesley Schneider then reached on an infield single and Clayton McKinstry followed with a single setting up an RBI single by Keaton Lacer to make it 2-0.

After Chicago Hope’s lead-off batter, Ferdinand Centeno was hit-by-pitch to reach first, Radzik committed two balks to move Centeno to third base with no one out. That didn’t deter Radzik though as he struck out the next three Eagles’ batters to end the inning. Radzik continued his work in the second inning by recording all three outs again on his own as he struck out two and caught a pop-up.

In the top of the fourth Ethan Damler picked up a one out triple before Nick Timmons and Hunter Romanowski each walked to load the bases. Reynolds followed with a two-run double making it 4-0 when Damler and Timmons scored. The Dragons would add on another run in the inning as Fick hit a sacrifice fly to drive in Romanowski.

Chicago Hope would pick up its first hit in the bottom of the fourth when senior Willie Hall blasted a 1-1 pitch deep into the right-field bleachers making it 5-1. Once again Radzik remained calm as he struck out the Eagles’ next batter and then forced a fly out to center and a pop-up to second to end the inning.

With one out in the top of the fifth Keaton Lacer launched a solo homer to left field making it 6-1. Sawyer Loitz followed with a double and Damler added a single before Timmons drove in Loitz with a sacrifice grounder to second base. With a comfortable 7-1 advantage Radzik then allowed his only other hit of the contest as Jamil Gregory singled to lead off the bottom of the fifth. The Dragons’ defense then covered Radzik’s back as Fick hauled in a pair of long fly balls for two outs and Radzik fielded the other out on a ground ball fielder’s choice.

During the bottom of the sixth Hall took first after being hit with one out and later scored on a defensive error which nearly was scooped up at first base.The score brought Chicago Hope to within 7-2 going into the final inning. Loitz was drilled by a fastball and took first to open Grant Park’s portion of the inning.  Damler then singled deep into the outfield and Loitz sprinted around the bases to make it 8-2. With Damler on first Timmons followed with another long single to the outfield. Romanowski hit into a fielder’s choice retiring Timmons at second base before Reynolds drove in Damler for the final score of the contest. Radzik struck out the final two Eagles’ batters to secure the victory.

Radzik finished with seven strike outs and gave up just one earned run.

Offensively, Grant Park banged out a total of 13 hits as eight batters had hits and the other  reached base at least once on walks.

Grant Park (14-6 overall) will move on in tournament play and will play the winner of Yorkville Christian and Peru St. Bede on Wednesday. 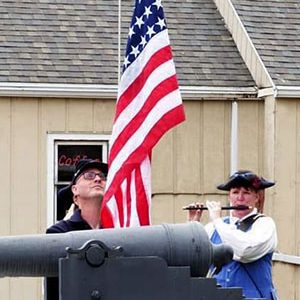 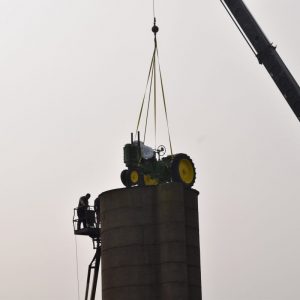